There Are No Mistakes 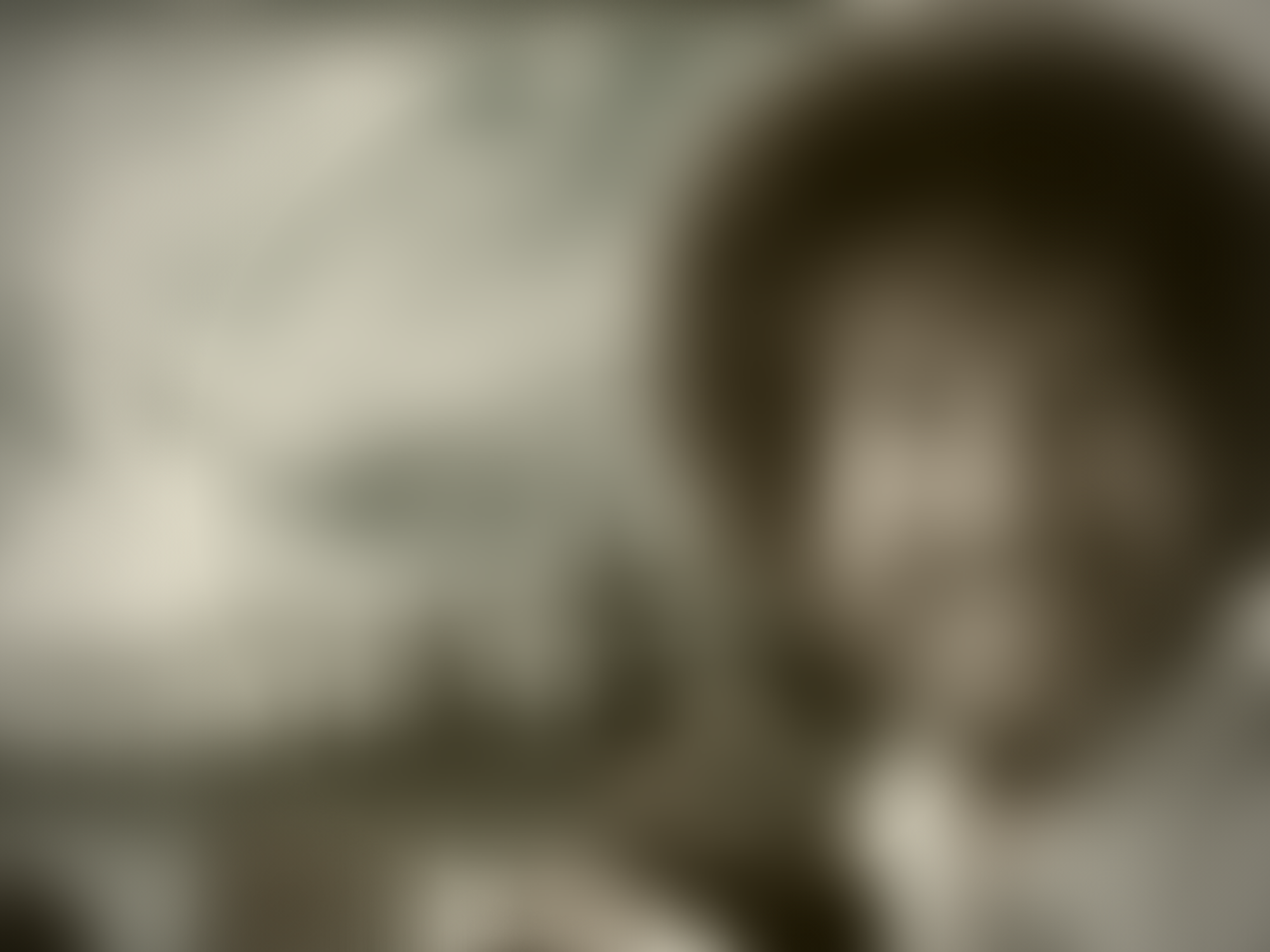 The Story is brought to you exclusively by Salesforce, the world’s #1 customer relationship management platform.

It was 15 below zero and two Airmen raced through the Alaskan wilderness. They had to get back to the barracks before curfew.

They made it through security and quietly opened the door.

As they walked in, a dark shape emerged from the shadows.

It was their six foot two Master Sergeant. A second later, he was in their faces.

The two late Airmen could see the veins pulsing on his temples.

“Yes, Master Sergeant. It was a mistake. It won’t happen again.”

He snarled back, “There are no mistakes”.

The Master Sergeant turned, walked back to his office, and slammed the door. The two young airmen sulked away.

Inside the Master Sergeant’s office, his Commander couldn’t stop laughing.

“‘Bust Em Up Bobby’ is at it again!” said the Commander. “I think everyone heard across the base. Late curfew means Bobby is out busting recruits!”

Bobby smiled and nodded politely, but he didn’t relish yelling. He did it because you had to be on time, and what felt like a punishment now, would save those airman’s lives later.

After work, Bobby walked out into the frigid Alaskan night. He gazed at the sky. It was his 20th anniversary of joining the Air Force.

Born in Orlando, Bobby was a rambunctious kid who loved bringing home animals. His parents would come home to an alligator in the bathtub or an armadillo running around the house.

During Bobby’s freshman year of high school, he dropped out to work alongside his father, who was a carpenter. After losing the tip of his index finger to a saw blade, Bobby decided to put carpentry on hold. He enlisted in the Air Force and was shipped to Alaska, seeing snow for the first time in his life.

And now, 20 years later, he was retiring from the military to follow his true passion. He wanted to be a teacher. Over his career in the military, when he had time off, he was always learning new skills. When he found one he liked, he would take a class at the local United Service Organization to go deep.

But he was never satisfied with his instructors, who taught too much theory – and not enough practical application.

During his lunch breaks, he would go home, practice the new skills he was learning, and sometimes bring a few of his creations back to base. He learned to work fast — something his teachers never encouraged. When he started earning more money selling his creations than he was making in the military, he knew it was time to go full time.

One night while he was watching TV, he was inspired by an expert who had a different way of teaching.

Now is the time, he thought. Bobby had his retirement money from the Air Force coming, but he needed another income for his family, and this was it.

He packed up his family and moved back to Florida to seek out the teacher he’d seen on TV After a brief meeting, the teacher hired him, and Bobby got to work at his second career.

He became a traveling tutor and excelled. He focused on getting his pupils to believe in themselves first. After that, he taught them how to do things fast. It worked.

One of his pupils was mesmerized by his unique teaching style and came to him with a business proposition. She thought he could run his own company and teach thousands. She believed in him so much that she invested her family’s life savings, and convinced Bobby and his wife to do the same.

A new company was born… And it was an immediate failure, losing $20,000 in the first year.

Bobby was crestfallen. He and his family did everything they could to cut back spending. To save money on haircuts, Bobby gave himself a perm.

It was a hard time for everyone, but the small team kept at it. They recorded Bobby teaching and sent a pilot to a few networks.

When they were contacted by an executive from the network, they were thrilled.

The network had decided to green-light the first season!

But there was a catch – they wouldn’t be paid a cent.

Ever the optimist, Bobby rallied the troops. He explained that the TV show would promote the tutoring business and they would make money from the publicity.

On the first day of filming, Bobby showed up in jeans and a simple button up t-shirt. He wanted these episodes to never feel dated and to have a “timeless look”.

He insisted that the entire background be black and minimalistic. He wanted the show to feel like he was talking directly to the viewer as if he was in the room with them. He wanted to be their own personal tutor.

The first season was a smash hit. By the second season, Bobby’s show was airing in almost every single local TV market in America. The network began promoting it, local stations demanded it, and soon it had 80 million happy viewers.

Just as Bobby predicted, the tutoring business took off. Everyone wanted to learn how to do what Bobby taught on TV. Soon they were making millions, with over 20 tutors across the country, managed by Bobby’s son.

As the years went on, his perm grew out of control and into a full-on ‘fro. He couldn’t stand how long it was but his producers insisted that he keep it. The hair had become part of his brand.

You could say that growing his hair out was a mistake, but he would tell you that there aren’t mistakes… just happy accidents.

When he was leaving the military, the 6’2” Master Sergeant nicknamed “Bust Em Up Bobby” vowed never to yell again. He made good on that promise, and his newfound calm and reassuring voice made his show a hit.

In fact, The Joy of Painting became one of the most popular shows of all time. It featured Bobby painting with his now popularized ‘wet-on-wet’ technique. He would create an entire painting in 26 minutes, full of happy little trees and fluffy clouds.

As a kid, he’d rescued and rehabilitated hurt animals. It was his passion. Now, he started bringing animals on his show as recurring guests. Peapod the pocket squirrel is a particular fan favorite.

Bobby is, of course, Bob Ross.

Bob Ross changed the way that the world viewed painting and art.

Bob was famous for saying that,

”We have been brainwashed to believe that Michelangelo had to pat you on the head at birth. Well, we show people that anybody can paint a picture that they’re proud of. It may never hang in the Smithsonian, but it will certainly be something that they’ll hang in their home and be proud of.”

The Joy of Painting ran on PBS for 11 years until Bob’s untimely death at the age of 52.

Bob Ross did the public access show for free. He created thousands of paintings on the show and never sold one. He donated them to the PBS stations for their fundraisers.

After ensuring they delivered an enormous amount of value for free, the Ross’s managed to build a thriving business.

The eight-figure business they built included over 20 instructors teaching others the “Bob Ross Method”. Their company sold everything from lessons, instructional videos, how-to books, and their own line of art supplies. Each brush and palette knife had Bob’s iconic face imprinted on the handle. That way, Bob was always smiling directly at the painter.

Not bad for the former Air Force Master Sergeant who started painting on novelty Alaskan gold pans during his lunch break and then selling them in the afternoon.

In recent years, Bob’s popularity continues to grow with millions of younger people discovering him on YouTube and Netflix. His family’s company releases new products like mugs and board games so that new generations get to hang out with Bob Ross.

Throughout his career, Bob received hundreds of letters a week from fans around the world who he inspired to paint. When some of his regular fans didn’t write to him for a while, he would often call them to make sure they were ok and ask about their painting.

When Bob was asked why everything in his world seems so happy, he responded:

“That’s why I paint. It’s because I can create the kind of world that I want, and I can make this world as happy as I want it. Shoot, if you want bad stuff, watch the news.”

Bob Ross is an inspiration to millions, and his work lives on to inspire new generations of painters every year. His timeless look, signature smile and reassuring voice taught us that we can create anything in this world and that there are no mistakes – just happy accidents.

The Story is brought to you exclusively by Salesforce. We use Salesforce every day to create podcasts like The Story. Learn why 99 of FORTUNE 100 brands partner with Salesforce and see their Products in Action at salesforce.com.

Episode 91
There Are No Mistakes